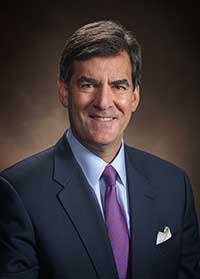 In September of 1885, a Virginia teenager spent $2 he had earned over four days, working in a cornfield in the Blue Ridge foothills, on a book.

“Buried Cities Recovered,” an account of archaeology, ancient architecture and exploration of Egypt and other “Bible lands,” was the first book that Will Goodwin, then 16, had ever bought for himself. In that moment glimmered the earliest sign of an extraordinary future — for the boy, who would grow up to be the Rev. Dr. W.A.R. Goodwin, the much-loved, scholarly rector of Bruton Parish Church, whose name remains legendary in Williamsburg today. And for the historic city itself, which Goodwin would work to recover from the messy accretions of modernity — ironically with the help of a modern American giant: John D. Rockefeller Jr.

Familiar as the Goodwin-Rockefeller alliance is to all who know the story of Williamsburg’s restoration, it is easy to lose sight of its unlikelihood — and by extension, the unlikelihood of Colonial Williamsburg’s very existence. That a New York financier would join forces with a preacher in a small Southern town to resurrect its 18th-century splendor — well, the mind reels.

Theirs was a restoration project on a scale without precedent. The dream that Dr. Goodwin and Mr. Rockefeller shared for Williamsburg was bold — to some, it was downright counterintuitive. “This is a funny place,” an observer cracked at the time. “They tear down new houses to build old ones.”

True. But Williamsburg is a magnet for visionaries. This is a place that simply cannot stop making history.

As I have grown to appreciate since arriving last October, the story of Colonial Williamsburg — its restoration and evolution in the modern era — runs deep. As the Foundation’s chief steward, it has been my privilege to mine those layers, both for guidance and for inspiration. The story of Dr. Goodwin and Mr. Rockefeller is a touchstone for all of us here. In it, we see reflected the traditions of innovation and generosity that have made this a truly living history museum.

As generations of Rockefellers have stepped forward to continue their family’s extraordinary legacy at Colonial Williamsburg, other supporters throughout the Nation have responded to the same call. Moved by the history of this special place and the promise of its potential, they have helped us to develop award-winning educational programs and renowned art collections, to preserve its irreplaceable historic buildings and reconstruct new ones, to support breakthrough research and archaeological discoveries, and so much more. Such has been the work of philanthropists of every stripe — hailing from all 50 states and contributing at every level.

It is a quintessentially American model of philanthropy, reflecting the very concepts of democracy that took shape here more than two centuries ago. The vestiges of that generosity surround us today. Over the last year, for example, guests watched our progress toward rebuilding the 18th-century Market House — a project owing to a $1 million gift from Forrest Mars Jr., whose vision and largesse also made possible the largest group of reconstructions in the past half-century: Charlton’s Coffeehouse and the Public Armoury.

Not long after the Foundation announced Forrest’s gift, a self-described “Kansas farm boy” contacted us about a different building. After reading about Colonial Williamsburg’s preservation needs, this unexpected benefactor, “whose grandfather was a house painter,” decided to provide the funds for repainting the William Prentis Dairy. His gift would come in two installments — the second, “after I receive my September Social Security check.”

Few gifts could be more meaningful, and I can think of no better affirmation of Colonial Williamsburg’s lasting significance than such diversity among its supporters. With that has come new ideas and fresh, sometimes challenging perspectives, and we are so much the better for it.

It was with all this in mind that we formally launched our Campaign for History and Citizenship last November, to secure the future of Colonial Williamsburg for the long-term and ensure its continuing relevance for generations to come. It is a movement for all comers. In this issue of the Journal, you will read about a variety of meaningful ways in which our supporters are moving the Foundation forward.

Last month marked 88 years since Dr. Goodwin met Mr. Rockefeller and his family to show them Williamsburg — what it had become and the traces of all it might yet still be. It was a heady combination of historical tradition and untold possibility that continues to define Colonial Williamsburg today.

To all who have embraced it, we cannot say “thank you” enough. We hope it inspires many more to join this remarkable story.