Photos from a Williamsburg Collection

Filed carefully away in the Visual Resources office on the second floor of Colonial Williamsburg's John D. Rockefeller Jr. Library are the negatives, transparencies, and prints in a visual history of what, by the advent of the age of photography, had become of a colonial Virginia capital, its environs, and its people. Family snapshots, professional slides, formal portraits, public works documentation, publicity stills, and more, the images begin in the days of the daguerreotype and march, frame by frame, into the era of digital pictures. The men and women, the places and things, captured by the lenses make up a collection diverse in purposes and subjects but singularly focused, shot on an instant, portraying in light and shadow a solitary point in time. 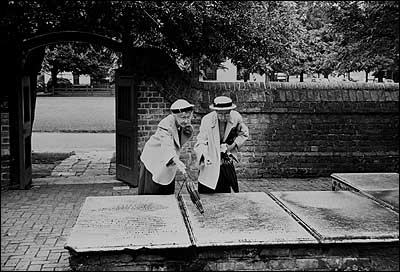 "Mournful and with tears, he hath erected this last gift of love and conjugal affection." At Bruton Parish Churchyard, two visitors trace the inscription left by James Henderson for his wife, Jane, in 1800. 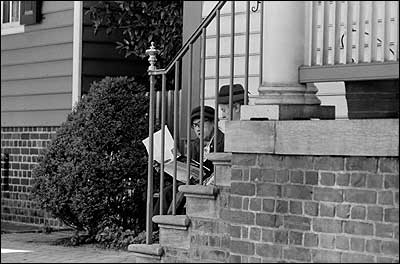 Then as now, two guests rest their feet and plan their next stop in the Historic Area. 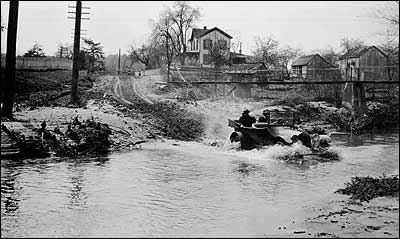 Somewhere in James City County about 1920, a street—and a car—cross a stream, a footbridge above and behind. 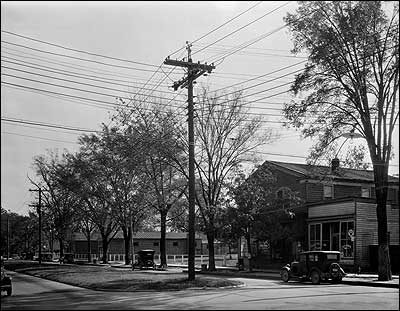 Duke of Gloucester Street still sprouted utility wires in the early 1930s, before they were "undergrounded" for the Restoration. The windows of the OK Shoe Shop and neighbor Economy Shoe Repairing signaled support for Roosevelt's National Recovery Administration. 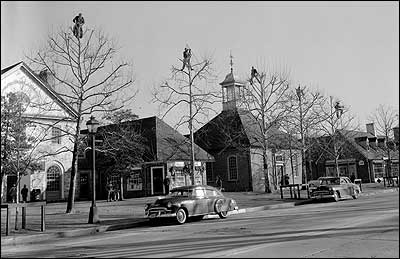 Merchants Square, where Colonial Williamsburg "treemen," in the original 1956 caption, are pruning sycamores for spring. 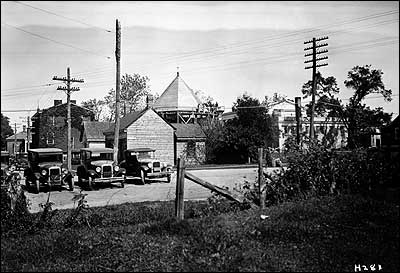 Looking across Francis Street, work proceeds on the Magazine, probably in the 1930s. 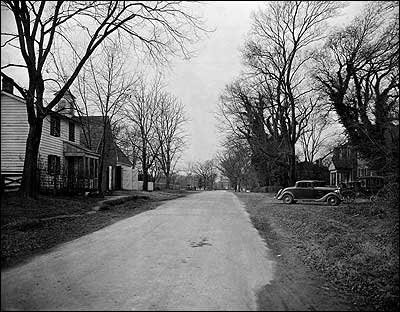 Looking down Nicholson Street toward the Wythe House. In the drive on the right are a horseless carriage and a carriage without a horse. 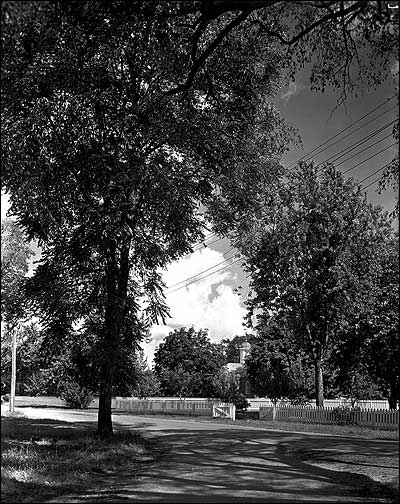 Another view across Nicholson, in the 1920s or 1930s, with the Courthouse standing behind the pickets and the trees.