"The Spirit-stirring Drum, the Ear-piercing Fife"

Nothing so naturally quickens the step, or the heart, as, in Shakespeare's words, "The Spirit-stirring Drum, the Ear-piercing Fife." There is in that martial music something to make a person want to soldier. Every day Colonial Williamsburg guests surrender to the urge and fall in behind the passing scarlet-coated Fife and Drum Corps to parade up the Duke of Gloucester Street on the thump of its rope-bound drums and the airs of its high-pitched wooden flutes.

For years, staff photographer Dave Doody has captured the march of the corps along the city's broad eighteenth-century thoroughfares and across its wide picture-perfect greens. His iconographic still of the squad following its drum major out of a bank of fog, the evocatively titled "Marching Out of Time," is likely the most popular representation of Colonial Williamsburg. Appearing, among other places, on posters, annual reports, folders, brochures, postcards, calendars—even key chains and refrigerator magnets—it certainly is the most widely reproduced.

Naturally, when the time came to shoot a cover for the corps's new compact disc recording, The World Turned Upside Down, the assignment fell to Doody. Mustered at nearby Yorktown, the ranks fifed and drummed across the historic battlefield beneath his lens until the pictures portrayed not only the corps but its power to inspire. The new CD is available online. 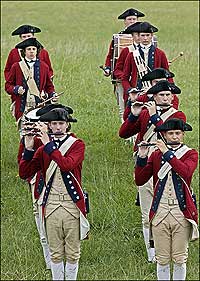 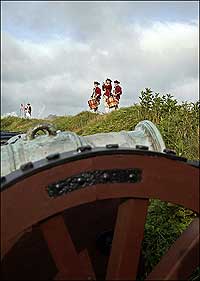 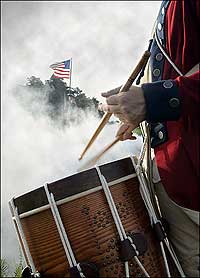 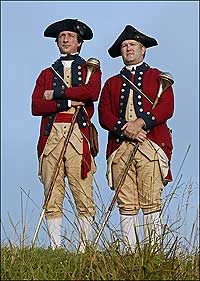 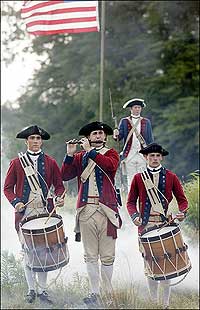 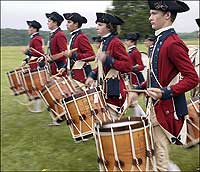