The New Look of Old Wetherburn’s 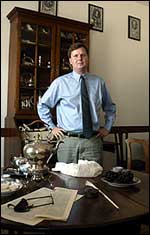 Curator Robert Leath poses in the Bull Head Room with the comforts awaiting a gentry guest. 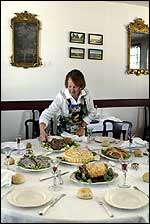 In the Great Room, curator Tanya Wilson’s faux food bespeaks a banquet for the wealthy. 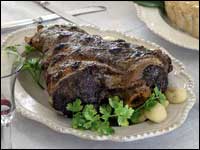 On a salt-glazed dish—wineglass and silverware nearby—leg of lamb is a second course of a Great Room banquet. 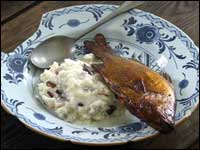 Great hominy and fish on broken
delftware make a slave’s meal in the laundry room in back. 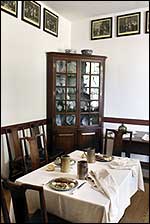 The middling sort frequented the Middle Room, with its unbleached linen, pewter plates, and stoneware mugs.

Tavernkeeper Henry Wetherburn catered to Virginia’s elite. His establishment on Williamsburg’s Duke of Gloucester Street provided lodging, food, and entertainment that met the expectations of the most discriminating colonial clientele. With fashionable furniture, fine linens, Chinese porcelain dinnerware, sterling candlesticks, good food, and a cellar full of imported alcohol, Wetherburn offered the comforts of home to his well-heeled guests—and there were as well more modest accommodations for the middling sort.

Two hundred and fifty years later, his tavern is still a thriving place of business. But it is the history business that brings in the travelers today. The chance to peer back through time into the busy lives of a prosperous innkeeper and his family, slaves, and guests draws scores of curious visitors every day. The building’s recent refurbishing brings a new perspective to an important eighteenth-century original and a better understanding of the people who interacted there.

Anytime a Colonial Williamsburg exhibition building closes for maintenance, a cast of experts makes it an opportunity to refine the accuracy of the site’s presentation. Curators reevaluate the furnishings plan, architectural historians study construction details and conduct new paint analyses, archaeologists excavate unexplored soil, and historians bring new scholarship to the picture. While Wetherburn’s Tavern, first restored in the 1960s, underwent six months of electrical and plumbing upgrades in 2001, the specialists went to work.

Their intention, according to curator Robert Leath, was to show more clearly the interaction among the gentry, the middle class, and the slaves. To this end, curators applied recent research to a reexamination of the probate inventory taken shortly after Wetherburn’s death in 1760. They decided that Plexiglas barriers in some rooms would allow them to more accurately portray tavern life—room settings that would give the impression the colonial patrons, staff, and residents had just stepped out.

Because food and beverages were such important parts of the tavern scene, they have been made more central to the interpretation. Curator Tanya Wilson researched and created faux food for the kitchen and the tavern tables and set those tables to emphasize the social hierarchy of dining. Prosperous planters and burgesses eating in the elegantly appointed Great Room have meals more elaborate than the simple fare served in the Middle Room to the middling sort and to the Wetherburn family and slaves.

The antique furnishings show this social hierarchy in the sleeping quarters as well. Women, as a rule, did not stay the night in taverns, nor did they eat in the rooms open to the general public. They did attend subscription balls, lectures, and musical entertainments and dine in the private rooms on occasion. The bedchambers upstairs were for the men, who ranged from itinerant peddler to wealthy landowner. Just as today’s hotels offer rooms in a variety of sizes and prices, Wetherburn’s bedchambers ran from the sparsely furnished accommodations in which travelers rented bed space for a set rate to the comfortable four-poster bed and gentleman’s dressing table intended for members of the planter aristocracy.

Entertainment was another major function of taverns. Here, too, the differences in social rank are delineated by the objects in the spaces. The Bull Head Room with its fashionable furnishings—a tall case clock, tea table and chairs made of imported mahogany, an expensive desk and bookcase, and eight framed prints on the walls—would have reminded most gentlemen of their parlors back home. So would the Great Room, full of mahogany furniture and fine accessories, including a woven carpet on the floor. Sandwiched between these is the humble Middle Room with its utilitarian furniture fashioned from native walnut, its inexpensive gaming and dining tables, and simply framed prints.

The engravings and maps hanging on the walls tell the tale in microcosm. The Wetherburn inventory was detailed, but it describes the pictures only by their size, number, and value. In light of recent research, curator Margaret Pritchard reevaluated the selections she had made fifteen years earlier. She chose different prints, framed them differently, and hung them closer to the ceiling, as indicated in period images of tavern scenes. For the inexpensive large ones in the Middle Room—valued at a shilling apiece—Pritchard used a set of Hogarth’s work framed in plain black and varnished rather than protected with glass. In the Bull Head Room and the Great Room, where the pictures were worth much more, she used more expensive frames and glass.

The most striking change at Wetherburn’s is its exterior color. Once its weatherboards wore whitewash; today they and the trim are dressed alike in a dark reddish brown paint that gives the building a solid appearance. The change is credited to the high-powered microscopes that have dramatically improved the science of paint analysis since the tavern’s first restoration. What was thought to be a primer coat of dark red covered immediately with whitewash is now seen as an original coat of dark red that was not whitewashed until much later. Magnifying the surface of the first coat of paint 200 times showed wear that suggested the dark red had been exposed to the elements for years before whitewashing.

Dark red was Wetherburn’s favorite paint. Inside the tavern, new evidence reveals a good deal of it on the walls and trim, and not as a primer. Often, the paint was coated with varnish or wax to give it a shine. Evidence of such coatings on top of paint is rare in Colonial Williamsburg’s Historic Area and has led analysts to conclude that the innkeeper was giving his walls a glossy sheen without going to the expense of repainting.

In the tavern’s service yard are a kitchen, laundry, smokehouse, dairy, and well. When they are fully furnished, these spaces will show guests a picture of tavern life that includes the work that went on behind the scenes. It took Wetherburn, his family, and twelve slaves to keep the guests housed, fed, and entertained, and their horses stabled, fed, and groomed. Built-in shelving is being added to the kitchen to hold the pewter listed in the inventory. By 2003, the outbuildings should be complete.

Almost across the street from the Raleigh Tavern, Wetherburn’s is now set to work in tandem with its erstwhile colonial competition. “The two taverns complement one another,” says Valli Anne Trusler, managing interpreter, “but they are presented and interpreted quite differently. Wetherburn’s is the museum exhibit, the original building that shows antiques and tavern life in accurate snapshots.” A few steps away at the Raleigh—a reconstruction that makes liberal use of reproductions—guests walk into a living history experience where costumed people of the past take them to 1774. Seen together, the political story at the Raleigh and the social story at Wetherburn’s solidly recreate the important role taverns played in colonial American life. 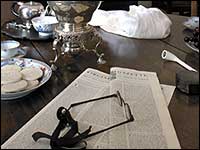 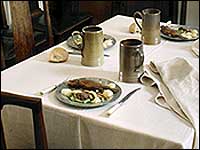 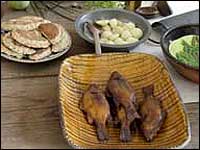 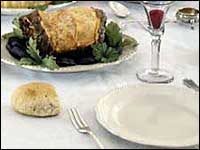 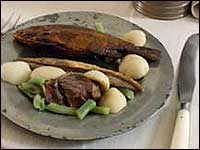 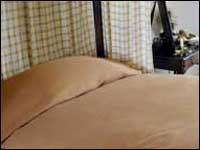 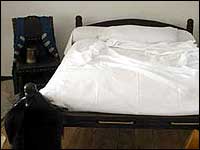 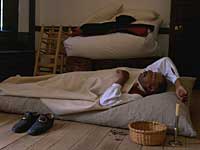