CW Journal : Summer 2005 : A Testimony to the Generosity of Our Supporters

A Testimony to the Generosity of Our Supporters 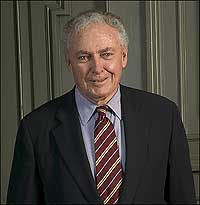 The campaign for Colonial Williamsburg soon will close its books, tally the numbers, and reckon its achievements. By all accounts, we are within reach of our goals, and the ledgers already reveal considerable success.

The first comprehensive fund-raising drive undertaken by the Colonial Williamsburg Foundation, it is a $500 million campaign to provide much-needed support for our primary areas of activity: People, Place, and Purpose. That is to say: to enhance staff resources; to augment, maintain, and preserve buildings and facilities; and to advance educational endeavors.

At press time, supporters had contributed more than $423 million in funds and objects, about 85 percent of the campaign target, and a testimony to the generosity of supporters across the nation. The foundation is grateful to every individual donor.

Individuals are the campaign's mainstays. The effort has benefited enormously by support from foundations, corporations, and other institutions, but the great majority of gifts are credited to individuals. And credit they deserve.

Colonial Williamsburg has recognized outstanding philanthropy by naming positions, endowments, and facilities in honor of donors who gave to them so munificently—and the campaign plan provides many more chances to show the foundation's gratitude.

Success in the campaign's People initiative has added four named chairs to the foundation's roster of endowed positions, as well as a named curatorship and named conservation internships. There are opportunities to lengthen the list with positions in Research, Collections, and Historic Trades, as well as in the Historic Area.

Particularly promising is the Nation Builders program, which supports interpretations of eighteenth-century citizens of the Williamsburg community famous and little known, slave and free. Their stories speak to the challenges of the creation of our republic—lessons in liberty for the generations to come that are so central to our plan to make Education for Citizenship the integrating theme of foundation offerings.

Achievements in the Place portion of the campaign have associated donor names with the Group Arrivals Building, Great Hopes Plantation, the Benjamin Powell House, the Pasteur & Galt Apothecary, the Peyton Randolph House and Kitchen, the Raleigh Tavern, and the Stables, as well Historic Area preservation, gardens, and interiors. Opportunities for recognition remain in venues as diverse as the Governor's Palace, the Capitol, Wetherburn's Tavern, the Courthouse, the Magazine, the Costume Design Center, classrooms, museum galleries—and more than 110 others.

Naming a building, a position, or a support endowment goes only part way toward expressing Colonial Williamsburg's full appreciation for the range of donor gifts and for the kindness of so many others who have joined, or will join, in the campaign. Be assured that each name records a significant campaign achievement, a success for which Colonial Williamsburg is deeply grateful. All will be recognized and celebrated at campaign's end.

I hope that when the rolls are closed on the Campaign for Colonial Williamsburg, your name will be recorded among the Americans who so generously support our mission: that the future may learn from the past.