America's 400th Anniversary: The Journey That Changed the World 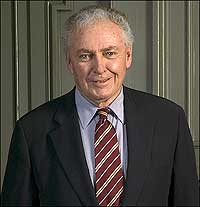 Jamestown, Williamsburg, and Yorktown make up Virginia's Historic Triangle, where the first chapter of our nation's remarkable story was written. You will be hearing quite a lot about that triangle and that rich history in the years just ahead.

Founded in 1607, Jamestown was not only England's first permanent North American settlement but also the birthplace of representative government in the New World. Almost a century later, that government moved to Williamsburg, where the idea of America was formulated and flourished, a place where only several decades later revolution was in the air. And then, at Yorktown, the Revolution was won, the Republic secured. Together, Jamestown, Williamsburg, and Yorktown offer a powerful reminder of how our country came to be.

In 2007, four centuries will have passed since that story opened, since 104 men and boys stepped ashore on Jamestown Island and became the first participants in the sometimes perilous and always challenging journey that led to the creation of a new republic. We will mark their arrival and all that followed under the banner of an educational adventure named America's 400th Anniversary: The Journey That Changed the World.

Jamestown 2007, a public-private partnership which includes the Jamestown-Yorktown Foundation, the National Park Service, the Association for the Preservation of Virginia Antiquities, Colonial Williamsburg, and the Commonwealth of Virginia, is coordinating the effort in close cooperation with the Federal Jamestown 400th Commemoration Commission. The commemoration is a once in a lifetime opportunity for all of us to integrate and energize our programming, and, working together, to provide a memorable experience for visitors to the Historic Triangle. It is an effort in which Colonial Williamsburg only recently became deeply involved. In January, the foundation underlined that involvement with a $3 million, multiyear investment in Jamestown 2007, becoming a Founding Colony Sponsor of the anniversary's commemorative events and programs.

When the 2007 spotlight is on Jamestown, there will be an opportunity for Colonial Williamsburg to shine as well. For two years of observances, we will be partners in presentations that explore the courage of the colonists, the complex relations between settlers and Native Americans, the emerging dominant economic role of tobacco, the importation of Africans, the introduction of participatory government, and, in Yorktown, the Continental Army's grandest victory.

Now, as it was then, Williamsburg will be central to the experience—headquarters for expeditions into history. In the Historic Area, we will re-create the life and events of the place where founding fathers and nation builders first officially proposed American independence. We will emphasize the relevance today of those early, seminal events. We will remind our visitors of the importance of active citizen participation to the success of the continuing American experiment.

Colonial Williamsburg's Visitor Center will be the regional hub for the commemoration. We have also been designated the representative of Jamestown 2007 for the purpose of coordinating reservations for lodging, and our hotels are the official hotels and conference facilities. A preeminent historic site that operates museums, hotels, and restaurants, we have the necessary expertise to take a leadership role in ensuring Jamestown 2007's success. The board of trustees strongly endorses Colonial Williamsburg's active engagement in this milestone event. To collaborate in the commemoration of what began at Jamestown is a wonderful opportunity to tell the story of the Historic Triangle and to advance the mission of Colonial Williamsburg: "That the future may learn from the past."