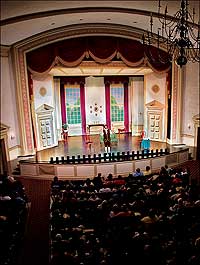 There is an affirmation actors seek when they walk on stage that is beyond laughter or applause. It is a connection with the audience never guaranteed, but always hoped for. It is confirmation that collectively the audience has suspended disbelief and is ready to accept the world created on stage, no matter how tragic or how silly. It is in the moment with you. No one has to tell you when this happens. You just know.

Theatergoers may be lucky enough to experience the magic of such a moment with the latest offering in Colonial Williamsburg's eighteenth-century play series. Wit's Last Stake has a typical period plot. A wealthy old man wants to marry a pretty young maiden, who secretly wants to marry the old man's nephew. The nephew wants to marry the pretty young maiden, but must defer to his wealthy old uncle or risk disinheritance. Add a scheming mother, a gullible lawyer, conniving servants, and a plot twist that involves death and resurrection, and you have a winning formula for eighteenth-century comedy. Wit plays in repertory at the Kimball Theatre this holiday season with The Guardian.

Photographer Dave Doody joined the players backstage and on the boards looking to connect their art with his. From the intimacy of the dressing rooms to the view from the house, the photos in these pages depict the moments they shared.

Preparing for the curtain to rise, Mark Sowell, Sam Miller, and Kevin Ernst put on their faces backstage for The Guardian. 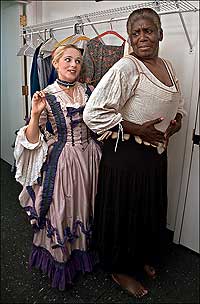 With a blockhead for every noggin, large and small, male and female, the wigmaker fashioned wigs for all occasions and clients, above. Made for him by a blacksmith, a caliper and chisels were among the cabinetmaker’s tools, below. Opposite, the silversmith’s hammers and stakes. The high polish on the stakes was needed to produce a flawless finish. 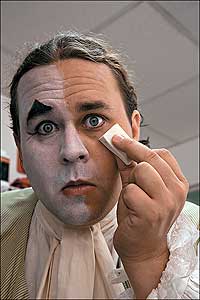 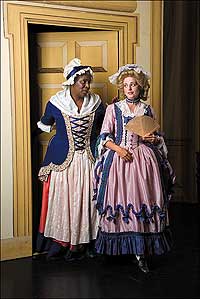 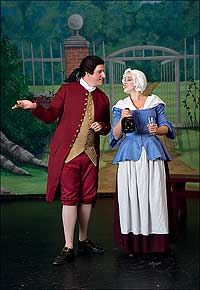 Todd Norris as Martin and Kara Ernst as Lucetta in Wit's Last Stake. 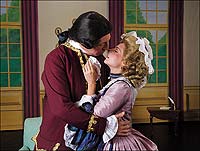 Mark Sowell and Megan Brown raise the temperature onstage with eighteenth-century lovemaking in The Guardian. 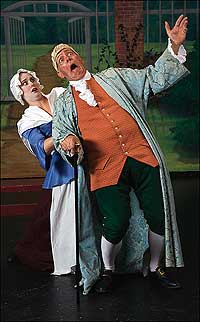 In Wit's Last Stake, Kara Ernst as Lucetta the maid and John Hamant as Linger. 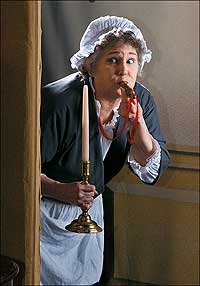 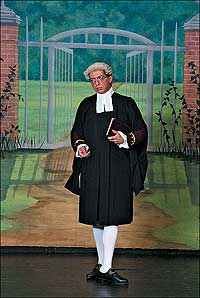 From wig to buckled shoes, Mark Sowell in proctor's robes.

Kevin Ernst as Mr. Clackit—a dandy, a fop, a fool—in The Guardian. 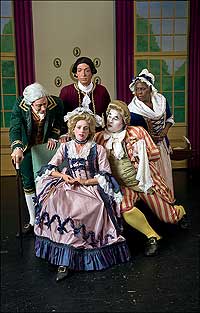 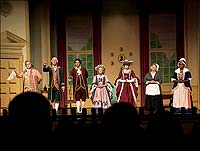 Accepting the bouquets of applause—or the brickbats of boos should they incur the audience's displeasure—the cast takes their leave at play's end. 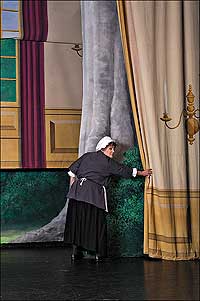 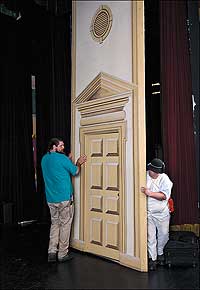