History Need Not Be Distant 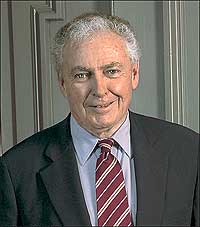 The English author and statesman Benjamin Disraeli said, "The secret of success is constancy to purpose." My Colonial Williamsburg colleagues and I are committed to that notion even in this time of changing public tastes and significant competition. Perhaps that commitment helps explain the success of the Revolutionary City, programming that has brought eighteenth-century life back to the streets of our restored colonial capital, a new way of realizing what has always been our ambition.

Introduced this spring, the Revolutionary City relies on an innovative technique for telling the stories of our republic's roots. A street-theater approach to history, it calls on talented and knowledgeable actors to advance the purpose Colonial Williamsburg has constantly pursued: "That the future may learn from the past." That is the mission given our institution by John D. Rockefeller Jr., the New York philanthropist who collaborated with the Virginia minister W.A.R. Goodwin to save as much as possible of Washington's and Jefferson's Williamsburg, and faithfully to re-create the rest.

You can glimpse this new way of portraying the city's storied past by turning to page 26. You can, as well, see some of what's so exciting at http://colonialwilliamsburg.org/visit/planyourvisit/revcity/. But plan on coming in person and count on it being better than advertised. We're adding scenes, enhancing children's presentations and participation, and creating more evening events.

That the Revolutionary City is well received we know from our guests—people like Lisa Stenfort of Campbell, California, who said: "It's fantastic! It brings history alive—even to another level. Being able to see real people deal with real life situations is great." Meredith Tullos of Powhatan, Virginia, said: "We loved it. It gives people a chance to participate, and that is great because it makes everything more real." Mike Cecere of the Internet's American Revolution discussion group Revlist, made a point of noting reactions. He wrote: "I saw tons of smiling faces, and overheard a kid say, 'That was cool.' I really think Colonial Williamsburg is on to something. The crowds were huge and engaged."

By listening to our guests, we have been reminded that history need not be distant, need not be removed, need not be boring. The achievement is underscored by the endorsement of a guest who's been coming for eighty years, David Rockefeller. "In its first few months," he said, "the new Revolutionary City program has already resulted in enthusiastic visitor response and increased attendance.

"As someone who has enjoyed Colonial Williamsburg's programs for most of my life, it is especially interesting for me to learn about the new methods of presentations that now incorporate drama and technology to make American history more understandable and accessible."

The youngest son of John and Abby Rockefeller, David Rockefeller charmed Reverend Goodwin the day they met in 1926. It was no accident that "David's Father" became the code name used in Rockefeller-Goodwin correspondence during the restoration's initial, quiet phase.

Over the next two years, David Rockefeller intends to provide a $5 million endowment for program renewal as Colonial Williamsburg refreshes, as it must, its appeals for today's and tomorrow's audiences. The Revolutionary City suggests what can be achieved through continual commitment to scholarship and presentation in order to tell accurate and relevant stories, and to exploring new and compelling ways to present them. Constancy to such work is and always has been essential to Colonial Williamsburg's mission.

"I am particularly pleased," David Rockefeller said, "these funds will help to further enliven the area Father first purchased." We are grateful for his generosity. It is an important contribution to his father's legacy.