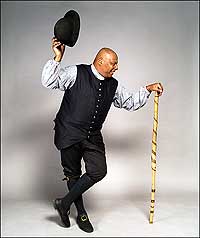 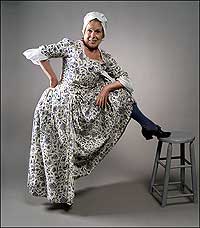 Colonial Williamsburg photographer Tom Green invited ten costumed interpreters and tradespeople, a few of the people Historic Area guests meet each day, to come to his studio and show sides of themselves sometimes seen and sometimes not in the streets, shops, homes, and public buildings of the restored colonial capital. Green was after a glimpse of the twenty-first-century characters behind the eighteenth-century personas, hints of the interior sparks that light up the exterior presentations. His eye caught frame after frame of spirit, merriment, and free-form fun.

A hallmark of good interpreters, in or out of costume, is the enjoyment they derive from what they are doing. People who take pleasure in the moment bring to interpretation the natural ease and authentic enthusiasm required to appear in public, face-to-face, day after day, as individual instructors in a grand educational enterprise. The challenge is not simply to be expert in the history they teach but to bring it to life for thousands of people. Each has to find ways to make it fresh and inspiring, over and over and over again. Not just anyone can do that.

Nor can just anyone stand before a photographer for an hour or more projecting shifting emotions and attitudes on command. But that happened in Green's shop with every click of the shutter. Removed from the context of the Historic Area, and given license to venture outside the confines of their workaday representations of eighteenth-century life, they shared a little bit more of themselves. Other faces. The occasional liberties taken with costuming and props, as well as the juxtapositions of poses and attire, opened another window on their personalities.

The photographs were not intended to be mock eighteenth-century portraits. They were composed to be something more. 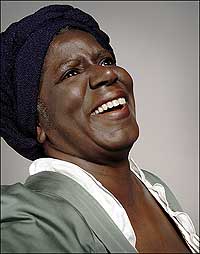 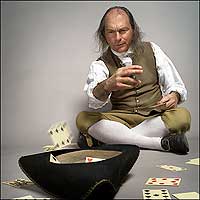 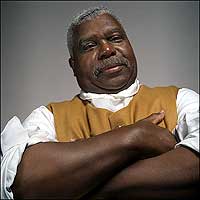 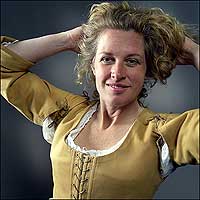 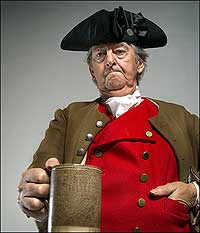 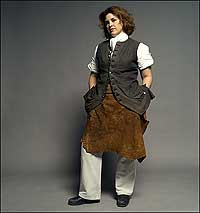 View additional portraits from the "About Faces" photo collection.
Will open in a new window.