The Idea of America, For All People, For All Time 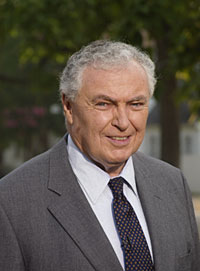 A year ago, in the aftermath of the September 11 terrorist attacks, I shared with journal readers my conviction that Colonial Williamsburg was, as it had been for decades, an emblem of the hope, the justice, and the resolve on which our democracy had to rely in uncertain times. The past twelve months have been tumultuous. Marked by war and the threat of further war, anthrax deaths and fears of more to come, terrorist alerts, economic instability, corporate scandal. A year of worry, a year of grief. Over these months my conviction about Colonial Williamsburg has been only reinforced.

This representation of eighteenth-century thought, culture, and community; this symbol of political freedom and personal responsibility; this expression of faith in the future; could not be more relevant, more material, to the resolution of our nation’s twenty-first century challenges, and the dilemmas sure to beset us all in all the times to come.

This summer Colonial Williamsburg commissioned a survey on attitudes toward those American liberties that were at the heart of the debates here in Williamsburg more than 225 years ago. The results were provocative. Forty-nine percent of the 1,000 respondents were willing to relinquish freedoms and privacies in return for homeland security. They said as well that freedom of speech, freedom of religion, and freedom of the press were less important to their welfare than affordable health care, education, and getting ahead financially.

Americans are divided over whether to preserve constitutional guarantees or to compromise basic protections. We appear to assume the existence of fundamental rights; focus on modern needs and entitlements. Gordon Wood, a Pulitzer Prize-winning historian, Brown University professor, and Colonial Williamsburg trustee, said the “results remind us that rights taken for granted are rights that can easily be eroded or lost. Colonial Williamsburg is a place where the struggles and precariousness associated with freedom are represented and explored every day.”

Colonial Williamsburg introduces visitors—among them school children and their teachers, researchers and vacationers, public officials and business leaders—to the setting, the debates, the courage and perseverance from which patriots fashioned the republic. Here, from woodworkers and from debaters, from brickmasons and from scholars, from antique objects and from modern television productions, from working livestock and the World Wide Web, the future learns from the past. I am confident of that future, and I am optimistic about America, in no small measure because of this place, its people, its purpose, and their fidelity to the ideals so eloquently expressed long ago in this historic city.